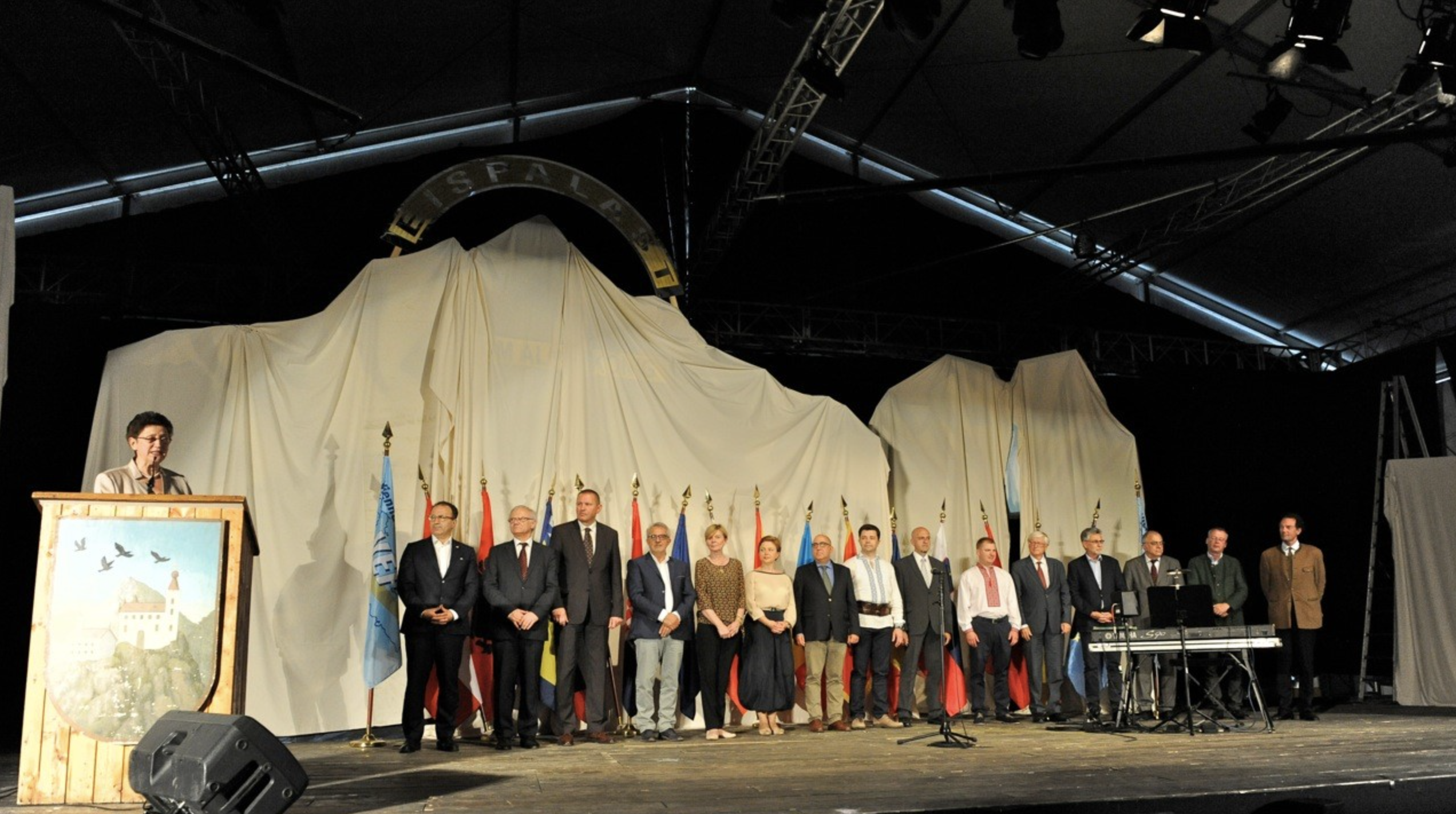 In the opening speech and ceremony, Secretary General Amb Dr Elena Kirtcheva, the mayor of the market town Gutenstein, Mr Michael Kreuzer, and Family Hoyos represented by Ernst Hoyos addressed and welcomed the numerous guests from over 20 different countries, not only Vienna Economic Forum Member Countries but also from beyond.

The embassies the Member Countries of Vienna Economic Forum and the hosting market town Gutenstein did not spare any efforts to treat the guests with country-specific and traditional culinaric delicacies.

The diverse, artistic programme was moderated by Prof Stefan Kamilarov and accompanied by the welcome address by the chief of protocol of the Austrian Office of the President and Gutenstein Citizen by choice, Ms Gudrun Hardiman-Pollross. The guests enjoyed performances by Bulgaria, Bosnia and Herzegovina, Mazedonia, Moldova, Ukraine as well as the Culture Committee of Vienna Economic Forum – the folk dances of the region animated the guests to join the dancing on stage.

The unique, scenic atmosphere in the charmingly located market town Gutenstein was a proof of the many ties and bonds in common, which connect the people of the region from the Adriatic to the Black Sea. Once again, the 16thTraditional Garden Party was much influenced by a understanding among nations.